MANAGED TECHNOLOGY SOLUTIONS THAT PROTECT YOUR BUSINESS, EMPOWER YOUR PEOPLE, AND STANDARDIZE WORKFLOW. 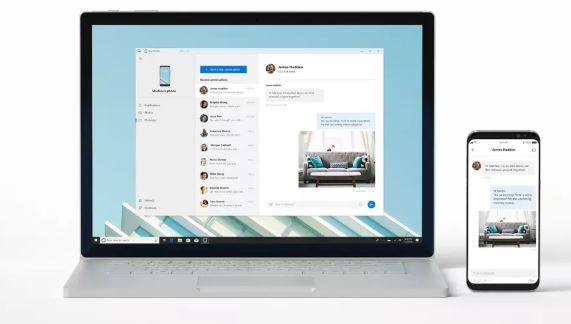 Yesterday, Microsoft unveiled a new app called “Your Phone” that will create a direct connection between your Windows PC and your smartphone.

The app will open up a connection from your smartphone to your Windows PC so you can grab photos, read and reply to text messages, see notifications, and more. Features will vary depending on iOS and Android, but Microsoft can mirror far more Android phone features to a Windows 10 PC so you never have to physically pick up your device while you’re working on a PC.

BUT HOW ARE YOU GOING TO GET YOUR STEPS?!  LOL

There isn’t a release date yet but Microsoft is eager to release this and will be testing it with their Windows Insider Program soon.  They’ll need to do a lot of testing so they don’t fail like Dell did last year when they tried to create a similar app and be first to market.  This isn’t a new concept, but I hope that Microsoft can get it right so that it becomes a useful tool.

Tina has more than 20 years of experience as a highly effective professional in the technology industry. In 2012, Tina started Boutique IT Solutions and continues to provide affordable & user-friendly technology solutions to local NEO businesses and their owners. Tina understands the needs of small-medium businesses because she lives it every day, and through that knowledge she has been able to help hundreds of businesses improve the bottom line. We hope you enjoy her blog!

Gear up to avoid downtime

Choosing your technology is about more than just the “tech”

Google maps; saves you time, adds to your bottom line

We’d love to hear from you!